Investing in the Power of Parks 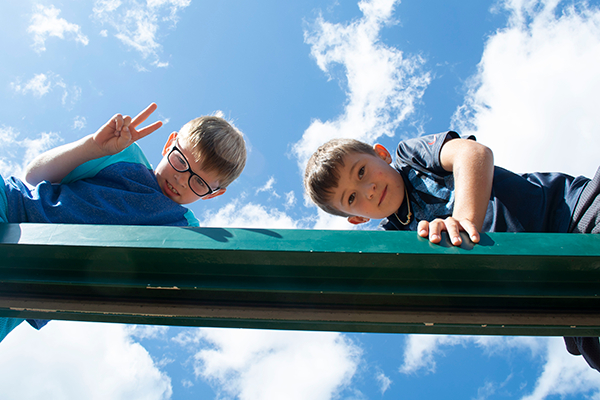 North Liberty believes in the power of parks. They’re places for play, for relaxation, for building community and finding solitude and enjoying the outdoors.

For years, North Liberty has invested in parks and trails because of their value as community quality-of-life amenities: assets that help make North Liberty the kind of place people want to live and drive economic development. Our plans for parks and trails call for continued development, expansion and addition of parks, greenspace, trails and playgrounds in new and established neighborhoods throughout our community.

We’ve sought parkland as we’ve grown – Centennial Park, now in the middle of new neighborhoods, was acquired years before there was adjacent development – and have a list of planned improvements. We’ve also expanded our multiuse trail network, prioritizing new segments to increase access and tie together more continuous miles.

Each year, we invest more than $2 million in our parks and trails to maintain them, to expand them and to improve them. Where does that funding come from?

The primary funding source of local municipalities in Iowa is property tax, and in North Liberty about 7 percent of general fund revenue goes to parks operations and maintenance. North Liberty’s tax levy has been the same for a decade and remains lower than most of our peers and neighbors. (An individual’s total property tax bill can change based on their property’s assessed value, the percent of the property’s value the state legislature mandates as taxable, called the “rollback,” and other taxing authorities’ levies.) The city’s growth has helped bring additional revenue to support city services and amenities while keeping our tax rate flat. For capital projects, we also leverage revenue by bonding, just like many property owners take out loans to buy or renovate their homes.

The city collects about $70,000 annually from taxes generated through hotel stays. A quarter of that support tourism in the area through our local visitors’ bureau, while the remaining 75 percent is used on quality-of-life projects and programs, including parks.

Fees to rent out baseball fields to host weekend tournaments, reserve a park shelter or get a dog park membership help users offset the cost to maintain these facilities.

We’ve partnered with local groups to support focused developments. North Liberty Coralville Baseball Softball, for instance, committed $250,000 towards building a pavilion in Penn Meadows Park, which the organization uses throughout the summer but is used for community events like Beat the Bitter off season and added bathrooms and a shelter for public use. And our partnership with JCDogPack aids the development of Red Fern Dog Park. We also receive grants and forgivable loans which help make improvements to our parks.

Private utilities, such as gas and electric providers, use the public right-of-way to deliver their energy. The City Council is currently considering a fee of 2 percent (the State of Iowa allows municipalities to charge up to 5 percent) on the revenue these providers make in North Liberty specifically and solely to help fund park and trail capital improvements. Our neighbors in Coralville and Iowa City charge these fees, as do many other communities across the state. The $170,000 a year these fees are expected to generate will help our community keep pace with its list of needed maintenance and improvements.

Each year, this mix of revenue sources will allow us to keep our parks maintained and pursue our City Council-approved five-year capital improvements plan for our parks. Planned capital projects include expanding and repairing our trail network; continued development of Centennial Park, including shelters, a splash pad and a pavilion; lighting along segments of our trails; improvements at Penn Meadows Park to ballfields, parking and lighting; park expansion; and improving accessibility and replacing or adding playground equipment in neighborhood parks such as Deerfield, Fox Valley and Fox Run.