Winter Doesn’t Have to be Dull. North Liberty Prepares to Shine with an Illuminated Winter Display and 5K-ish Glow Run. 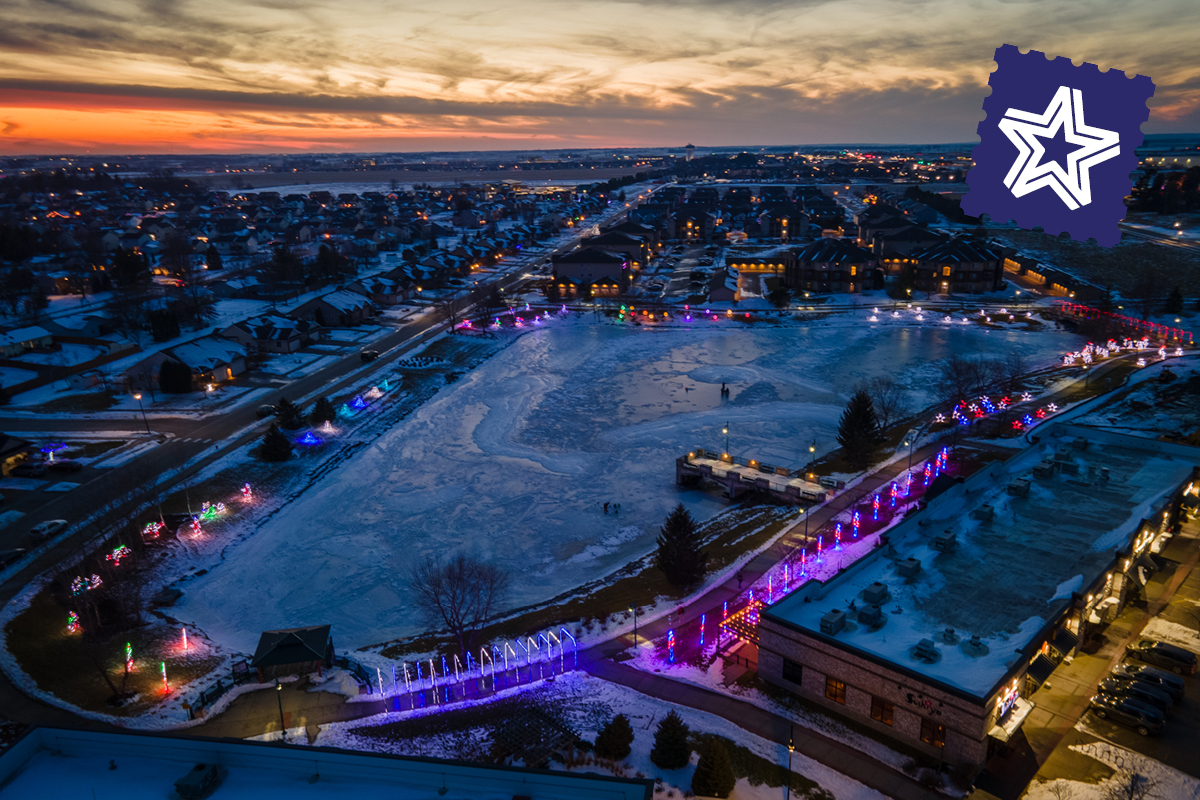 Winter days can be dark, but North Liberty will be a bit brighter thanks to North Liberty Lights presented by GEICO Careers – an illuminated winter display that will be lit nightly beginning Jan. 29 through the end of February around Liberty Centre Pond.

The exhibit will invite spectators to walk under tunnels and take pictures with a dozen colorful 3 to 10-foot tall winter scenes of snowflakes, penguins, polar bears, deer and more. The display will turn on each night at sundown for North Liberty residents and visitors to enjoy at their leisure for free. Some of the units are animated but North Liberty Lights is not accompanied by music.

Participants of the 5K-ish Glow Run on Saturday, Jan. 29 will be the first to experience the array of lights. The evening fun run is approximately eight laps (remember, this is a 5K-ish) around the pond and open to all ages and skill levels, with a 6 p.m. start scheduled for runners and a 7 p.m. start for joggers, walkers and children. Registration is $20 ($15 for minors) at beatthebitter.com and includes a glow-in-the-dark finisher medal and pair of glow-in-the-dark shoelaces. The famous GEICO Gecko and team will also be on site to warm participants up with a cup of hot chocolate after the race.