Zen embodies self-care and brings calm to those around them.

What’s Zen’s story? Flip through the stories submitted by residents and use your imagination to submit your own version through the form below. 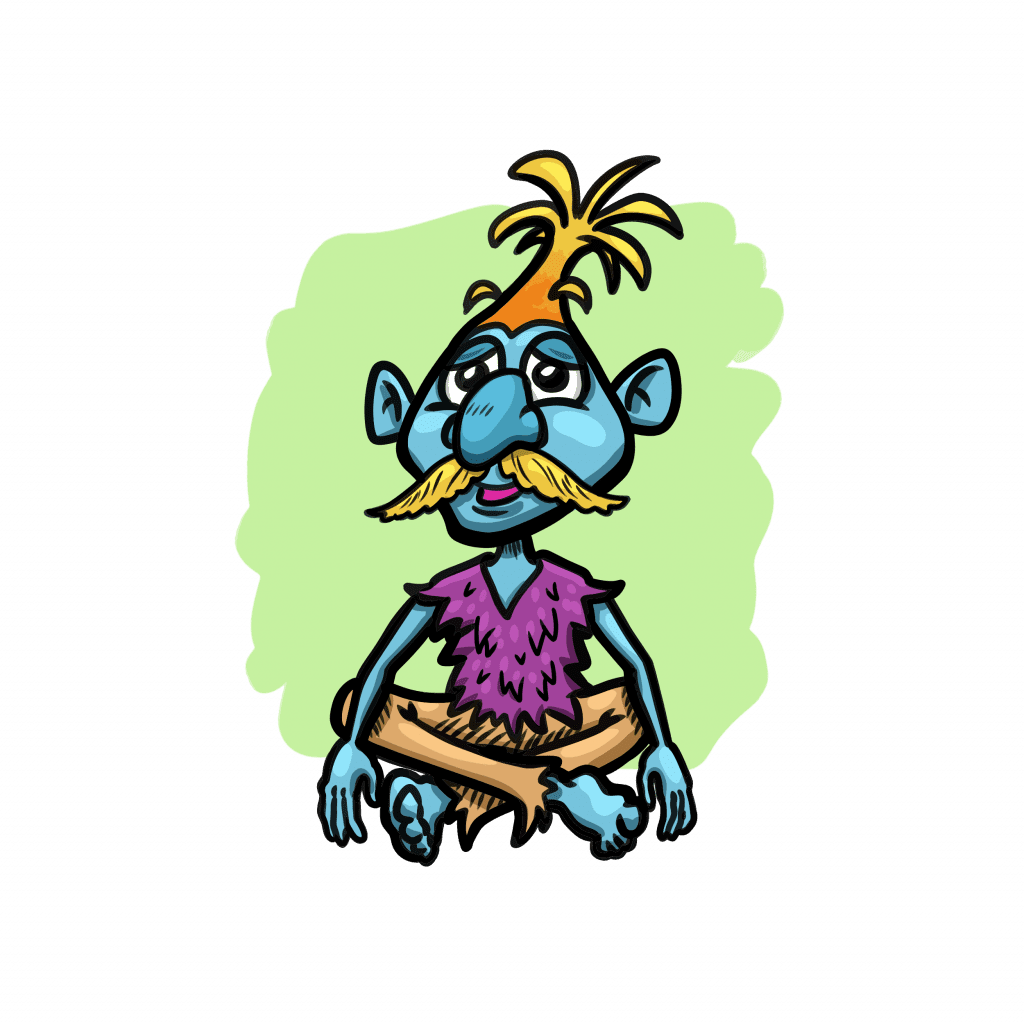 Zen was rarely upset, but today they were.

Where was their lucky rock? It wasn’t on the shelf where they usually kept it. It wasn’t under their bed. It wasn’t between the couch cushions. Or in the room of mud. Or under the sink hole.

Zen looked everywhere they could think of in Pigbottom. In the park. Around the bridge. Up in the trees. Under other rocks. The more they searched, the more fruitless it seemed, the more Zen got upset.

And hungry. Ravenous. Zen realized they had been so frantic to find the lucky rock, that they hadn’t eaten all day. So Zen took a deep breath, poured themselves a bowl of Mossy Bites and a glass of milkweed sap and ate. And closed their eyes, and breathed deeply in. And slowly out. And in. And out. They really loved Mossy Bites and milkweed sap.

Much calmer and resigned to the loss of their lucky rock, Zen pulled his current tome, The Art of Rockcycle Maintenance, from the shelf. Behind it, was Zen’s lucky rock, which, in their frantic state they’d overlooked before.

Reunited with the lucky rock, Zen smiled, rubbed it between a thumb and a forefinger, breathed deeply, took another sip of milkweed sap and smiled.

Back to the Fairy Trail

Now it's time to use your imagination. What's Zen's story?